The new, second documentary volume on the space opera will enhance the view on the three prequel films. On 600 pages, Duncan’s The Star Wars Archives. 1999–2005 now seemingly tries to outmatch his original volume, again in cooperation with George Lucas and Lucasfilm.

This current, equally heavy title (15+ pounds) is devoted to director Lucas’ vision of Darth Vader and his troubled path that would lead him to the dark side of the Force. The respective subtitle for volume would be “The Rise of Darth Vader.” 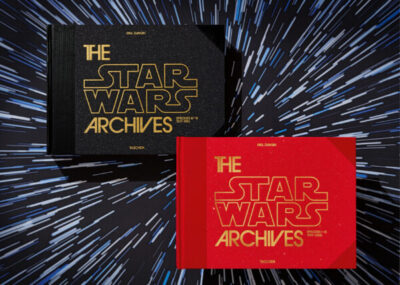 In the mid-1990s, Lucas started to create Vader’s past, a story that resulted in a number of ideas and narrative threads that would bring audiences Episode I The Phantom Menace (1999), Episode II Attack of the Clones (2002), and Episode III Revenge of the Sith (2005).

Vader’s transformation from man and guardian of the peace as Jedi to the hateful character in part machine is at the core of the three prequel movies. So are his encounters with Qui-Gon Jinn, Obi-Wan Kenobi, Yoda, Padmé Amidala, Jar Jar Binks, Sheev Palpatine and many other characters.

Which brings us to the contents of the book at hand. Apart from hundreds of film stills, the many details on the evolution of the characters mentioned are breathtaking.

For example, instead of just opposing an early pencil sketch of, let’s say Padmé, Wattoo or young Anakin with the final film version, fans will get about a dozen impressions. 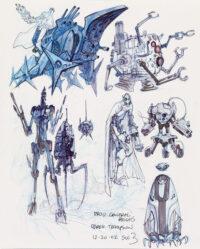 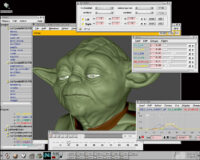 The same goes for any kind of object and building from the prequel universe, such as the Naboo space port, droidica, General Grievous’ light sabers and his attack moves, interiors of the Naboo palace, Mustafar mines processing units, and machines in the droid factory. 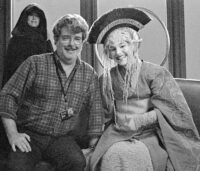 If you want to follow several stages in the development of environments, objects or machines: it is all there. And also various ideas and designs for wardrobe, interiors, armor, aircraft and weapons. 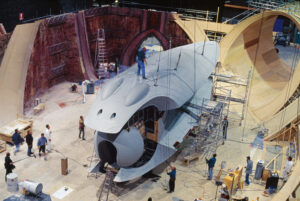 Additionally, the book provides exclusive interviews with George Lucas, the film crew, cutters, video editors and others; although the title is mostly a visual pleasure. 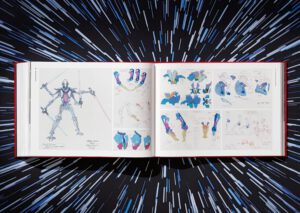 Apart from individual chapters on the three movies, a 20 page chapter on the Star Wars special editions opens the book, with a mass of information and comments on film editing techniques, software and hardware inventions, and Lucas’ desire to reinvent and enhance the first trilogy with new scenes.

The English edition of the over sized 19.09 x 2.87 x 13.39 inches archive is available in a numbered edition for the first 10,000 copies. On Star Wars Day (May, the fourth), the German edition will officially be published in Europe.

Again a fantastic XXL work of art by Taschen’s Paul Duncan, whose name stands synonymously for excellent research and sparkling quality editions. Recommended even for those fans who prefer the original trilogy.