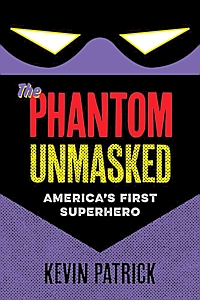 The crime fighter/superhero The Phantom, aka “The Ghost Who Walks, Man Who Cannot Die,” appeared first in February 1936 in The New York Journal as a comic strip. Thus predating the arrival of Superman by more than two years; two years in “comic books publishing time” is a long, long while (provided that in the […]