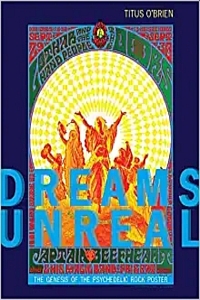 Thanks to a handful of creative poster artists and their large fan group that immediately generated, many rock concert posters of the late 1960s today are rightfully considered art, rather than mere advertisements. Their most intriguing aspect then and today were the poster’s strong display of psychedelic arrangements, drug-influenced ways of perceiving shapes, names and […]