The Women of Hammer Horror: A Biographical Dictionary and Filmography by Robert Michael Cotter (2021... 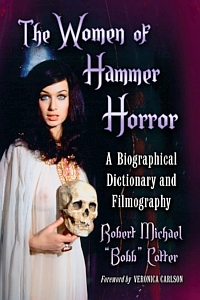 No matter how a casting for British Hammer Film Productions – Europe’s epicenter of crude horror and gothic films between the 1950s and 1970s – ended, to be invited in the first place, as an actress, you had to be extremely beautiful with a bosomy figure to remember. And even if those women on the […]