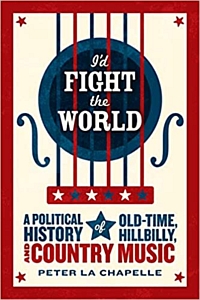 American political campaigns without music or shows would be an impossibility today. Speaking about the 20th century, neither marching band tunes, nor folk songs or hymns were the musical style employed most by political representatives running for office, but country music, as author La Chapelle proves. He finds many more details of this particular relationship […]