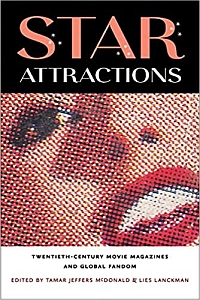 Ever since motion pictures became a crucial part of popular culture, certain consumers decided that simply watching those products and going to the theaters was not enough. Accordingly, editors of the earliest movie magazines quickly realized that gossip, behind-the-scenes talk and all sorts or rumors surrounding those new media stars obviously were  at least as […]