Egyptomania Goes to the Movies: From Archaeology to … by Matthew Coniam (2017) 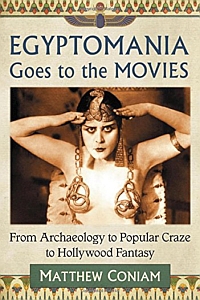 When in 1922 British archaeologist Howard Carter opened the sealed tomb of an Egyptian ruler – a comparatively unimportant king who reigned for nine years only – named Tutankhamen, Carter started a huge fad that lasts until today. Since what followed was an unequaled run that spread all over the Western world and started “Tutmania.” […]