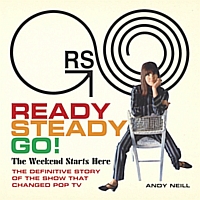 What was set up as a somewhat risky experiment featuring unusual approaches towards audiences, concepts and TV viewing habits, the live broadcast of the London based production Ready, Steady, Go! became probably the best pop TV show ever. As it united a fresh concept of live music (although until 1965, bands were only miming their […]