Star Trek, History and Us: Reflections of the Present and Past Throughout the Franchise by A.J. Blac...

To talk about present-day science fiction realms and the impact fictional stories had on popular culture or the way people imagined a better future without touching on Gene Roddenberry’s Star Trek is hardly possible. When the first episodes of the show were broadcast in 1966, they were immediately recognized as basically an action and entertainment […] 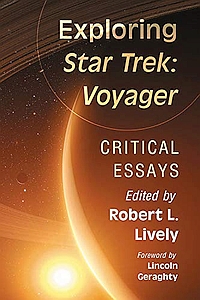 In 1999, Star Trek: Voyager (STV) for a while would be the sole Gene Roddenberry series to come up with fresh episodes on the relatively new UPN network. That same year Star Trek: Deep Space Nine had its last episode, as had Star Trek: The Next Generation in 1994. Accordingly in 1999, the future of […]