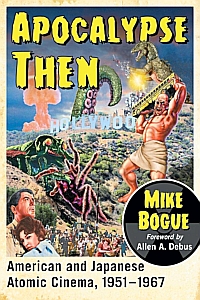 „Both America and Japan produced a number of science fiction movies in the 1950s and 1960s directly or indirectly tied to the nuclear threat. … American […] films tended to suggest that it was possible to put the nuclear genie back in the bottle. However, the Japanese science fiction films of the same era were […]