The Guitar: Tracing the Grain Back to the Tree by Chris Gibson and Andrew Warren (2021) 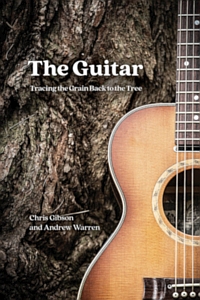 There is no other instrument that so profoundly influenced contemporary popular music, than the guitar. In its electrified version it has coined modern pop, and naturally rock music from the 1950s onward. Authors Gibson and Warren – who are neither music historians, luthiers nor professional musicians, but geographers and economic geographers from the University of […]