While already in the 1940s the Hollywood musical artistically integrated film, acting, dancing and singing, it also had another very important feature. „With sound, the movies had become the major means of disseminating popular songs, both those composed for Broadway musicals that were subsequently filmed and those written by the studio’s own teams of lyricists.“ […] 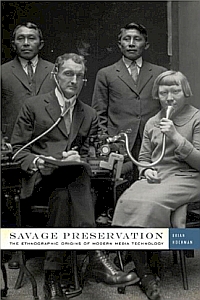 When technology and ethnographic curiosity meet, the result often is a huge body of data – mostly consisting of recordings and data stored in all varieties of the current technical standards. In five chapters, each one quite enthralling, Brian Hochman elaborates on various researchers, field studies and vanishing cultures, with subjects as Plains Indian sign […]